On a night out in Torquay, it is sometimes possible to guess a DJ’s setlist. Local clubs and bars play a muddled yet predictable mix of popular classics and dance tracks from Neil Diamond’s Sweet Caroline to Nora en Pure’s We Found Love. The blast of nostalgia from a well-known and loved song always brings together the most unlikely of crowds, but if you go out regularly, the usual set can get repetitive. In many ways this makes Torquay the perfect location for a wave of new music.

Jost Grunjes is an up-coming DJ from Germany, who moved to Torquay in 2016. Frequently playing at Park Lane and JD’s Bar among others, he began building his music career in the UK as young as 16. Since then, he has played the local clubbing scene in Torquay for several years before moving on to play larger events and festivals in Germany and Holland.

He created much of his current music while he was living in Torquay and frequently cites the town as an influence on his personal style, returning regularly for a creative fix. An addictive mix of house, trance and drum and bass, plus layers on layers of pulsating beats, define Jost Music.

Yet despite the constantly changing tempos, exaggerated builds and heavy bass drops, there is a simplicity and a faint familiarity to the overlying melody. There is an unusually light and classic quality to his twist on electronic dance music (EDM) that feels like the raw, stripped-back contentment of teenage years.

Jost Music is well formulated for the nightlife and the mix of people in Torquay; equal parts futuristic and nostalgic, heavy and light, familiar but unpredictable. Jost has collaborated with stars featured on the German version of ‘The Voice’. Currently he is producing with a talented vocalist from Los Angeles.

Jost is now working with top producers in Germany and is currently working on his own songwriting and productions with Sony. In an interview, we gained an insight into the evolution of Jost Music.

Hi Jost, thank you for joining us, it sounds like you’ve got quite a following in and around the Bay! How did your music career start, and what is your experience of gigging when you lived in Torquay?

My career started when I was 15, I bought myself a small mixing desk, and then I started doing small mixes and handing them around. The clubs in Hanover started to notice me and I had my first gig at 15 years old. I moved to Torquay for my A-levels, me and my ‘host father’ went to local clubs and dropped in a CV, and they asked what kinds of things I was doing.

One bar, JD’s, noticed me and I started playing Saturday nights there.

Where did you usually gig? Any local bars or clubs you want to give a shout out to?

Any other artists you got on well with?

Thorn, which is a drum and bass artist, we had some good nights together at The Attic and The Foundry.

Did you have any regular hits when you were playing? What kinds of music do you think ‘sells well’ in the Torbay area?

I think it’s a mix of old and new stuff, like charts and remixes. There’s a good mixture of people in Torquay and that shows in the music!

Dancing in the Moonlight.

I’m doing a remix of it at the moment!

What are you doing with it? 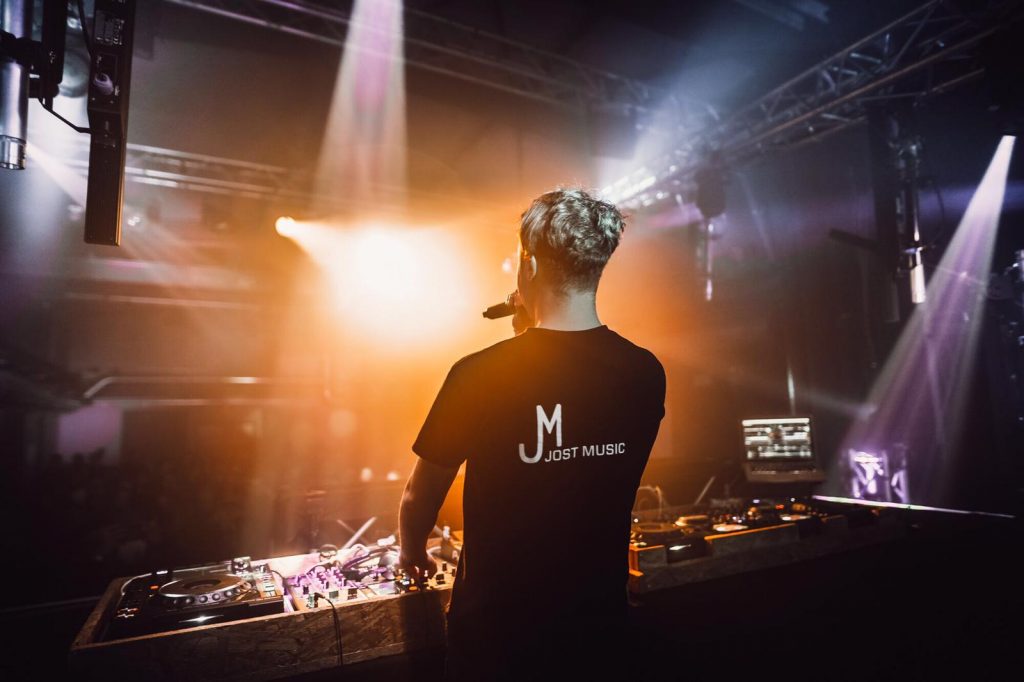 What has happened since your music career took off in Hanover?

I used to play loads of big festivals with David Guetta. I released loads of new music, which hit the top 100 charts in Germany. I have had lots of radio interviews for my upcoming songs.

What was it like sharing a show with David Guetta?

It was crazy! It was amazing to see someone who performs that well up close – he does it great, he’s a genius and he’s only cooking with the same water as me! The audience absolutely loved that show! It was wild!

Do you have any plans to return to the Torbay and South Devon area lined up?

I think because of Coronavirus, there is nothing planned at the moment, but I’m hoping to have a show planned in Summer 2021 in Torquay – we can start selling tickets soon!