Although I had attended various networking events throughout the 1990s, my first concerted efforts to network were in the year 2000.

What I found was a lot of men in suits; accountants, solicitors, and other equally interesting people, all talking about golf, the bursting of the .com bubble, and saying, ‘hey look, I can play snake on my Nokia 3310!’

I was part of the new, cool, and trendy web design and digital marketing industry, but business networking was still stuck in the 1970s.

I mentioned women, but there weren’t many of them, and those that did attend were often swarmed around like light to flies.

Ok, it wasn’t quite that bad, and there were some more enlightened groups out there, but generally things needed to change!

Then something new finally reached Devon… Business Network International (BNI). I know a lot of people have strong feelings about BNI, good or bad, but the introduction of this US behemoth to Devon’s shores certainly shook things up.

Also, there were more women, tradespeople, and franchisees there, along with a whole new way of operating. When I went to the first ever meeting of the Newton Abbot BNI, there were 3 of us in a pub in Chudleigh, wondering what this was all about, why we were there at 6:30am, and what on earth would happen after this.

But within a few months, we had over 100 people at the racecourse in Newton Abbot, everyone seemed to join a networking group, and new ones sprang up all over the place. BNI (and others like it) moved the goalposts – people were making new connections, and referrals became emphasised.

New buzzphrases such as ‘givers gain’, and ‘be a farmer, not a hunter’, entered the lexicon. For many people, BNI made a massive difference to their business, so getting up for 6:30am suddenly didn’t seem so crazy.

But BNI wasn’t for everyone. Groups came and went, and one group in Plymouth even rebelled and became Down2Business, which is still successfully running today.

Meanwhile, some other people didn’t like the overly structured or Americanised style of the groups.

In 2004, I saw that too many people had been left out of the BNI world, and that the area between Plymouth and Exeter was not as connected (in a business sense) as those two cities were. I approached the local district councils and the local Enterprise Agency, and found they were all keen on the idea of a new networking group to serve these areas.

The Teignbridge and South Hams Councils even gave us money to get started, while Torbay Council gave us the use of Oldway Mansion free of charge for a summer garden party (can’t imagine that happening today!), and the South Devon Enterprise Agency even did our admin for us, which was nice of them!

The South Devon Business Club ran successfully for 10 years, had over 200 members, and introduced many people to the world of business networking.

We were among the first to try new innovations, such as speed networking, one-to-one conversations during events, and networking Pelmanism (which is too complicated to explain!).

The world of networking was changing; more one-man (and one-woman) bands were appearing, who all needed to build their networks so their business could grow. In Devon, there were lots of people relocating from upcountry, who needed to make new contacts, and quickly.

These people also changed the dynamic (mostly for the better) in the local business community, and connected Devon with the regions they had come from. People began to see that business networking, if done well, could be the most effective part of your marketing time and budget.

Soon, everyone was starting networking groups.

It ranged from a few individuals starting up their own groups, to franchise ideas, like 4Networking, BNI, Bigger Breakfast, Business at Breakfast, or a variation along those lines. Some people started going to more than one networking event every week, so a new term was coined – ‘serial networker’.

Some people would join multiple groups and travel all over the region to visit them, while others would visit BNI groups abroad when they were on holiday, which shows they were keen…

These new networking practices broke down barriers between people and industries. Now a barrister would be chatting to a brickie, and both might pass a referral to the NLP practitioner.

Gone were the days of funny handshakes! Anyone and everyone could join and make it work.

In 2013, I left the world of networking for a while. I was running a busy cafe, restaurant, and catering business, working up to 16 hours a day – 7 days a week. I didn’t have time to network, and by the time I returned later in the decade, things had moved on again.

Some professions, like bankers, solicitors, and accountants, started to organise their own groups – sometime with great success. People organised golf networking events, networking while cycling became a thing, and another new word entered the vocabulary – ‘netwalking’, and at these events you could even bring your dog!

Next, someone came up with the idea of meeting face-to-face the people who you were connected to on LinkedIn, and so the LinkedIn Local groups were born.

Here, a new innovation was introduced, as people were encouraged to stand and connect with each other on their phones, rather than sit and chat!

Down in Cornwall, a new idea came around where one group would run multiple events, in different locations, at different times, on different days, and Cornish Partnerships was born.

Now, you could network nearly every day, while being a member of just one group, and this idea has spread far and wide out of Cornwall.

Other groups had changed or evolved to try and keep themselves fresh.

Even the Chambers of Commerce, Rotary Clubs, and others, seemed to have a new feel to them.

Everything was looking rosy for networking. There was something for everyone, whether you wanted to meet daily, weekly, monthly, or just every now and again. You could sit down and eat a meal, take part in an activity, or do practically anything else you could think of. But 2020 had a sting in the tail.

Most networking groups depended on people heading to a venue and meeting others face to face. In March, that all stopped, due to lockdown measures being introduced. We could barely leave our home, let alone meet others, so what were we to do?

Thankfully, Zoom, Skype, Teams, and many other similar platforms jumped in to save the day. Every networking group went online, and the people followed.

Then, as they started to get used to this new format, some people found they actually preferred it.

Personally, I have started a new online networking group, called The Networking. The idea being that, even when all the lockdown restrictions have been lifted, people will stay online, as they have got used to talking to other businesspeople via their phone or computer.

Already, moving online has caused networking to change yet again.

Now, geography doesn’t matter, and members have already joined my networking group from the Midlands, the Home Counties, and all across Devon.

Will online networking be the new norm? Or will everyone go back to meeting face to face, as soon as they can?

My initial feedback from people tells me the answer is a bit of both, so what all this means for networking in the next 20 years is anyone’s guess! 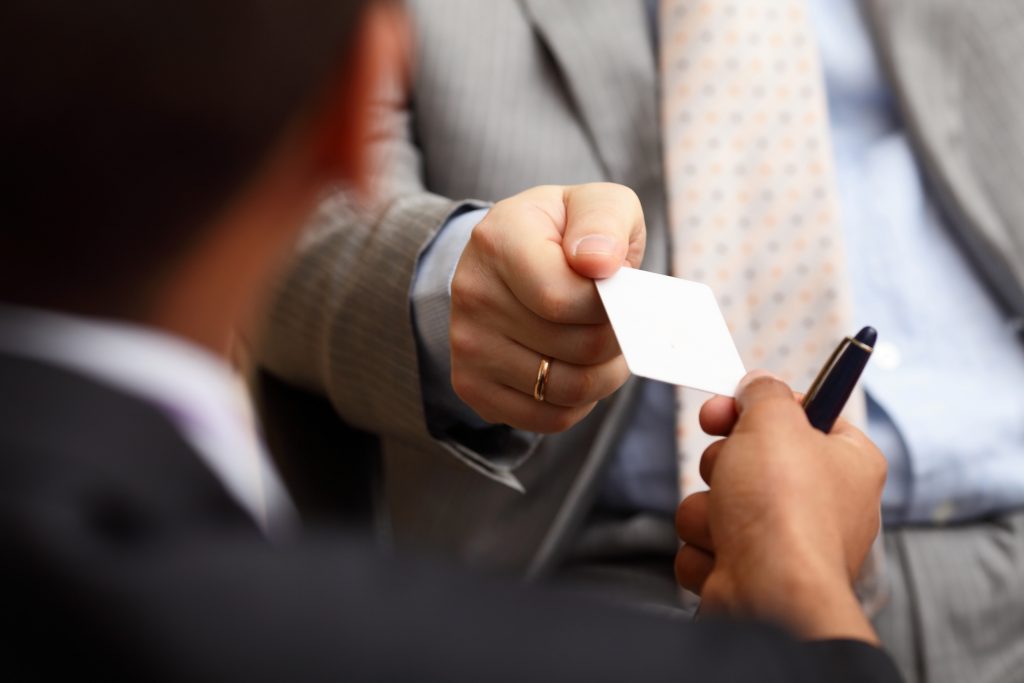