In November 2018, Mike Trower was a single father of two young children, who relied on food banks to feed his family. People’s generosity made him extremely grateful, but he soon encountered a problem – cooking healthy, nutritious meals from a disparate collection of tinned foods proved challenging.

Through experimenting, Mike was able to create a range of recipes using these ingredients which would provide adequate nourishment for himself and his children. To make the process more enjoyable, Mike would record videos of himself cooking with his son Cody, then upload the videos to YouTube.

Initially, the videos were just for fun, but they soon found an audience among others who were in a similar situation, and who welcomed advice on how to feed their families with limited resources.

The popularity of Mike’s YouTube channel grew, as did his ambitions.

Mike started a Community Interest Company called Cooking with Cody, and teamed up with a community hub which supports homeless people. During lockdown, Mike was cooking 150 meals a week for the homeless, and when restrictions eased, he moved forward with his vision of what to do next.

The goal was to create the world’s first double-decker cookery school. Using a repurposed double-decker vehicle, Mike could take his cooking skills into deprived areas across the UK and work with the families who lived there – showing them first-hand how to create nutritious meals from basic ingredients, thereby helping these disadvantaged communities to live healthier lifestyles.

After a successful crowdfunding campaign, the vehicle was secured, and a team assembled.

Generous businesses and individuals ranging from electricians, to plumbers, restaurateurs, project managers, mechanics, photographers, graphic designers and more, all came together to help make the idea a reality.

Plans were drawn up to make best use of every inch of the vehicle, so it could provide vulnerable people with the most help possible when the double-decker hit the road in Spring 2021.

Mike and his team received delivery of the vehicle on Sunday October 18th 2020, and immediately work began on converting it into the mobile cookery school he had envisaged. An excited community rallied around him, word of his work was spreading, and the future of the project looked bright.

But then came the heartbreak.

Within 5 days of Mike owning the vehicle, it was heavily damaged by vandals. Five windows were smashed to pieces, along with both wingmirrors and the windscreen wiper. Alcohol and drug paraphernalia was also scattered throughout the site.

It is estimated that the repair costs will reach £3000, and until this money can be raised, Mike’s dream of a mobile cookery school that helps disadvantaged families to eat a healthier, more nutritious diet, lies in tatters. 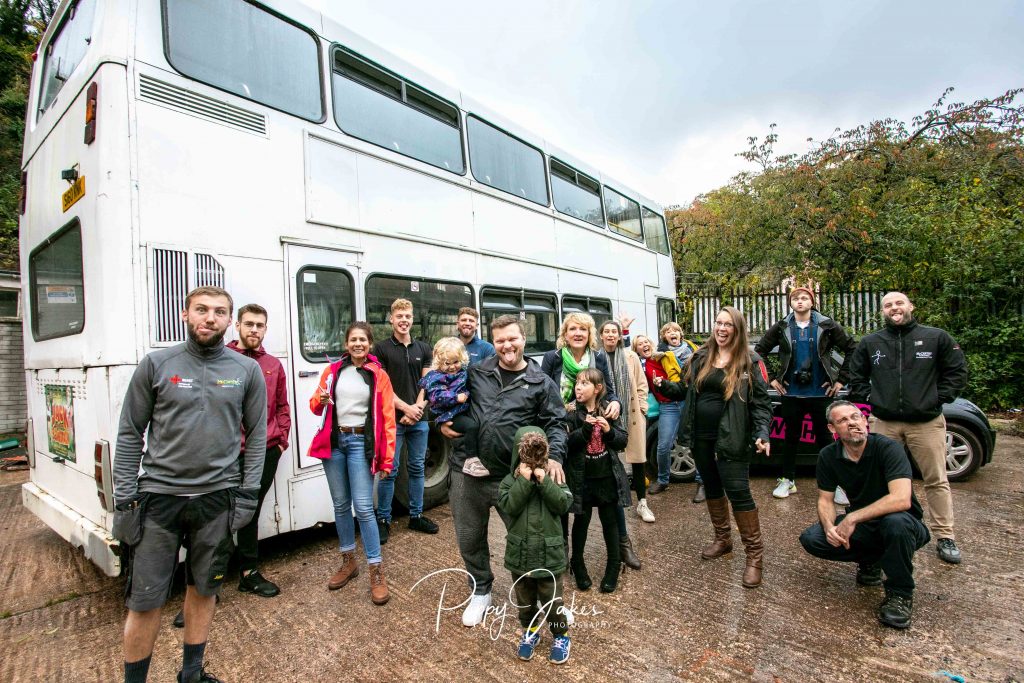 Having come so far in such a short space of time, Mike and his team now need help to go even further. The levels of kindness and generosity which the community have shown Mike and his team so far have been truly humbling, but unfortunately he now needs to appeal to them again for more support, if he is ever going to get his mobile cookery school on the road.

If you’re able to make any donation, no matter how small, to help pay for the repairs to Mike’s double-decker, he and the rest of the Cooking with Cody team would be eternally grateful.

You can donate by using the link below:

Mike can be contacted by email on dad@cookingwithcody.co.uk

Written By: Alex Belsey and Cooking With Cody
Photography By: Poppy Jakes