With the economy struggling, small business owners are turning to online networking events to build meaningful connections, raise profiles, and generate leads. So much so, that networking franchise, Your Partnerships, is expanding into new areas.

‘Businesses have had to find new ways of connecting during the COVID-crisis,’ says David Brock, founder of Your Partnerships. ‘We have always known how effective face-to-face networking is in helping businesses grow. Online networking is no different. With over 700 people attending our online meetings each week, we are reaching new organisations all the time.

With countless marketing budgets in quarantine, companies are looking for cost-effective ways to reach new audiences, survive, and thrive. Many are turning to Your Partnerships to create connections, enjoy support, find answers, and gain leads.

People realise that, now more than ever, survival may be determined not by what they do, but by their ability to work with like-minded businesses, who share their values. Networking is helping people to make these all-important connections.

The Your Partnerships online networking platform developed as a response to the lockdown, and it has become an opportunity for many businesses to expand into new regions. Now, people at different ends of the country can meet like-minded business owners, who they would never have come across in traditional, face-to-face meetings.’

One area with a flourishing networking scene, is the Isle of Wight. Here, businesses benefit from networking with other companies on the island, as well as with those on the mainland. Gavin Hampton, franchisee, says, ‘Your Partnerships has been the lifeline that many island businesses were crying out for, providing both business and social support when we needed it most.’

Your Partnerships is a South-West based business, yet their online networking events are frequently joined by companies based throughout the UK, and even by those from more far-flung locations, such as South Africa.

Face-to-face networking has always been at the heart of the Your Partnerships ethos. Franchise owners and networkers are looking forward to the return of these in-person meetings, as soon as it is safe to do so. However, it is quickly becoming apparent that online networking is here to stay.

Business owner, Laurence Finn from Elite Player Management UK, joined Your Partnerships after the lockdown began. ‘I joined the network to give me some sanity, and to allow me to meet new people, and I’ve made some fantastic connections,’ he says. 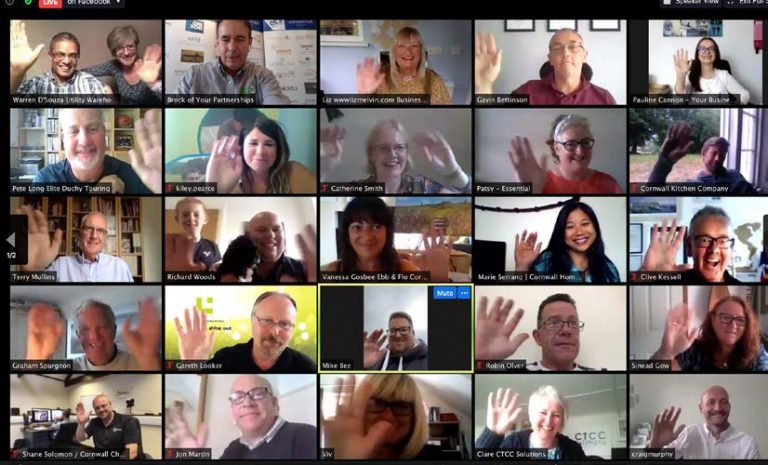 Getting Started? Here Are Our Top Tips for Networking:

Don’t miss out on the opportunity to make new connections, raise your profile, get business support, and gain new leads!

Register for Your Partnerships networking events at https://www.yourpartnerships.co.uk/business-networking-events-uk/