Holly: Hi Stephen, thanks for joining us! Can you tell us a bit about Support4CO?

Stephen: Support4CO stands for “Support For Children’s Oncology”, and we are a charity that aims to provide a support service for parents/guardians and children alike at the start of a child’s treatment for cancer.

We are a group of parents whose children have had – or are currently undergoing treatment for – cancer. We felt that when our children were first diagnosed, it would have been really helpful to talk to another parent who had been in a similar position, and we also wanted to give something back in return for the treatment our own children received.

We offer a support service provided by people who have been through what others are now facing, and help by listening and giving emotional support and practical advice.

In addition to this, we hope to improve the experience for the children undergoing difficult, long-term treatment by helping to fund holidays, assisting with living expenses, or simply providing special treats to make life for both the families and the children a little brighter.

Holly: How did you come to set up Support4CO, and why is this cause so close to your heart?

Stephen: My eldest son was diagnosed with Osteosarcoma (Bone Cancer) in 2010 when he was 14 years old. This was devastating news for my wife and I, and for our twin sons, who were 10 years old at the time.

Until you are put in this position, you have no idea how your life will be affected. I had to take at least a year off from my teaching job, as I had to accompany my son to the different centres around the country where he was receiving treatment, while my wife had to stay at home with our younger children.

We were the ‘lucky’ ones. Both my wife and I were in teaching, and we were fully supported throughout the whole period of my son’s treatment.

Not many of the other parents whose children undergo treatment are so lucky. Many parents struggle financially, and risk losing their jobs and their homes due to the added financial burden associated with supporting their children.

Our son’s treatment lasted for 14 months and was successful.

At the end of the treatment, the Consultant Pediatric Oncologist at the Exeter Royal Devon and Exeter Hospital thought it would be a good idea if my wife and I had a meeting with other parents to discuss the treatment that our children had received and talk about what we thought the good points were, and what could be improved.

One point that came up was that most parents thought it would have been really useful if – when our children were first diagnosed – we’d had someone to talk to who had already been through what we were about to face. And so, Support4CO was born!

Holly: How did you go about setting up the charity and establishing a safe space for families to discuss their experiences? Were there any difficulties you had to overcome?

Stephen: At first, we asked parents who had been at the discussion meeting with consultants if they wanted to be involved. Then we appointed a simple committee, consisting of myself as Chairman and two parents as Secretary and Treasurer. We then formulated a constitution, and were off on our journey.

We worked together on flyers to advertise the newly formed charity, as well as a website, letterheads, and logos.

We then started to meet bi-monthly with any parents who were interested, at the FORCE Centre (Friends of the Oncology and Radiotherapy Centre, Exeter), next to the Royal Devon and Exeter Hospital.

This was a safe space where parents could talk confidentially, and where we as a charity could formulate strategy.

Unsurprisingly, we had to think of ways to finance the work we were hoping to do. This came in the form of a donation from one of our supporting parents to get us started.

We also had to be creative when thinking of ways to raise money, and have done many events – such as sponsored runs, 24-hour music events, charity discos, art shows, sponsored walks by local secondary schools, cocktail nights, and many more.

Holly: What are the most rewarding parts of working to fundraise for seriously ill children and their carers?

Stephen: The most rewarding part of our journey has been the amazing response we have had from the general public. Another rewarding aspect has been the gratitude we’ve had from the recipients of our charity – children and parents who have been through so much, but who are inordinately grateful to receive the smallest help.

We also donate to treatment centres in the NHS, who work tirelessly to help these children, and who are so pleased with anything we can do to help their patients at this awful time.

Holly: What are the most challenging parts of your work?

Stephen: The hardest times are when we are contacted to help families and we listen to their stories, which are always very difficult. There are also the children who do not survive, but whose families still need help and support. Every case is very different. Each case is very poignant. 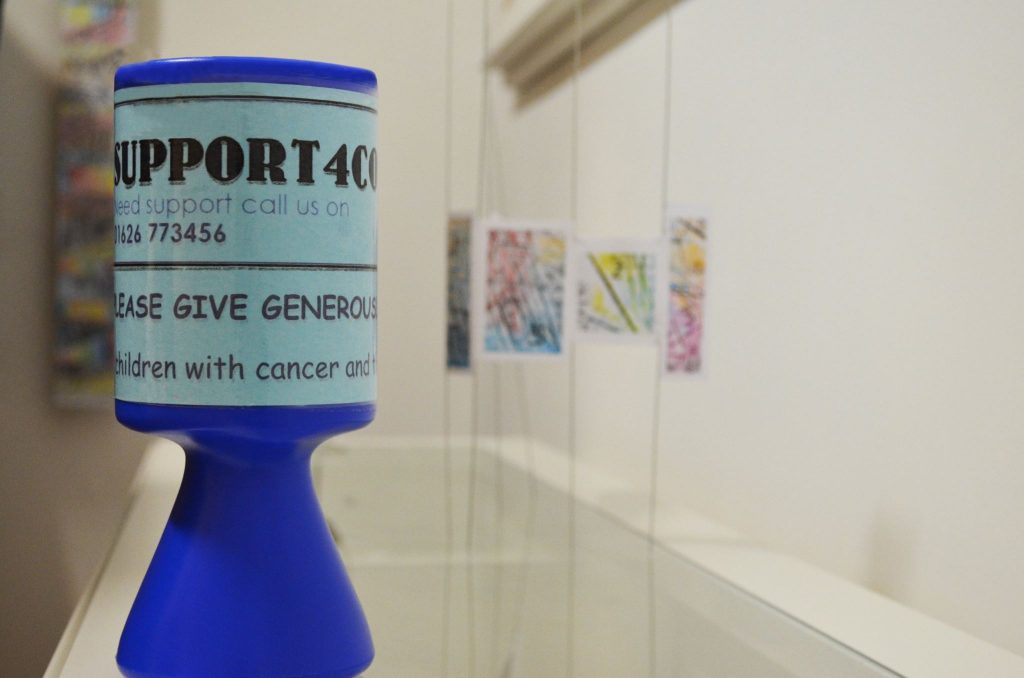 Holly: Are there any businesses that have been especially supportive in your development as a charity?

Stephen: Clubs such as the Rotary Club and Round Table in Teignmouth have probably been the most helpful in their support of our charity. They have organised events locally and are always willing to help whenever they can.

Holly: What can businesses do to be more accessible for children and young people with a serious illness and their parents/carers?

Stephen: Communication is probably the most important thing businesses can do to make themselves more accessible to children and young people with serious illnesses and their parents/carers.

Firstly, talk to the parents/carers and find out what it is they need in terms of accessibility. Next, talk to the children themselves. Some may not want to be treated differently, while others will, but it is having awareness of what problems they may face which is key.

There seems to be little or no understanding of how a family with a seriously ill child is affected financially.

Children with cancer need to be transported comfortably to treatment centres (this could be local if you’re lucky, or hundreds of miles away if you’re not), while parents need support with sorting out their working lives to fit around the treatment.

Businesses need to realise that these illnesses are life-changing, and they need to change their practices to accommodate these families.

Holly: Children’s education makes up a significant part of their lives. Do you feel serious illness is well-understood in schools and colleges?

Stephen: This is very much dependent on the school.

Speaking from my own personal experience with my son having cancer, his school were very well informed. But that was all down to his year tutor who was in constant contact with us as parents, and the hospital school that looked after his education when having treatment.

The key here is constant and regular communication by all parties concerned.

Holly: Are parents and carers receiving the support they need in the context of the ongoing pandemic?
How can businesses support employees with caring responsibilities during this difficult period?

Stephen: Again, I would repeat that communication is key.

Large businesses should have a welfare officer who will be aware of employees’ needs at times of crisis and do all they practically can to help. Smaller businesses should emphasise employee wellbeing, make reasonable adjustments to allow for hospital appointments, and provide managerial support during difficult times. 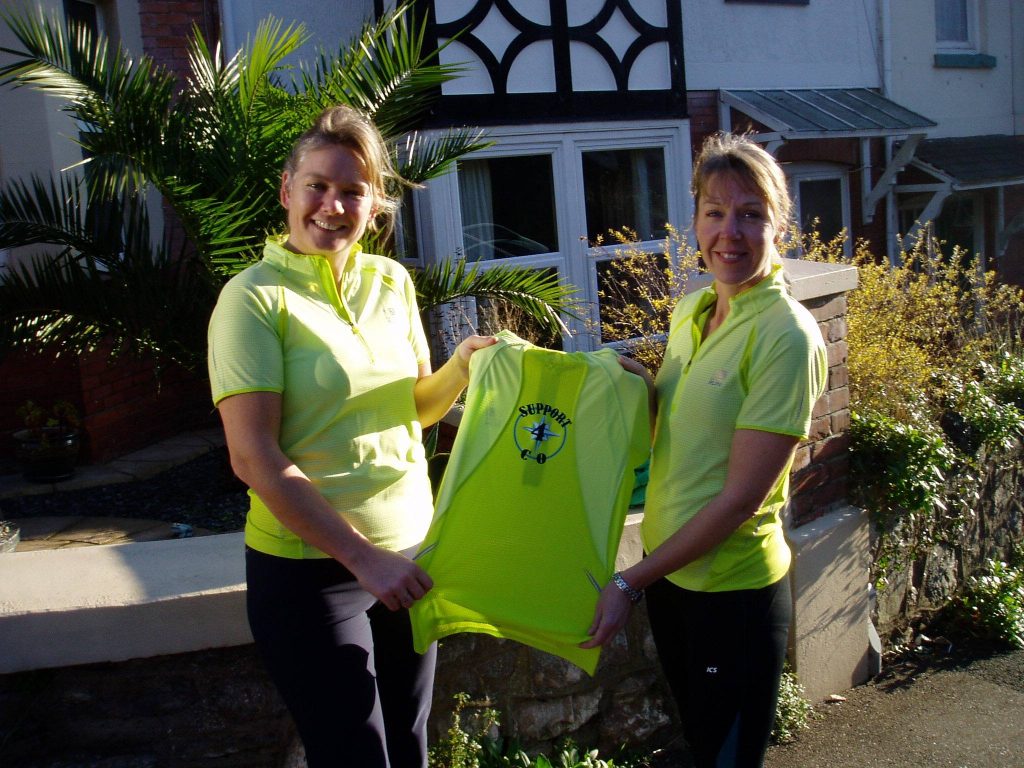 Holly: Where do you see your work going in the next five years?

Stephen: If possible, we will carry on with the charity, but the pandemic has meant that our funds are lower than they would normally be, so it may be a bit of an uphill struggle.

Support for children with cancer is more important than ever during this isolated time, so we are immensely grateful for any support that comes our way. If you can volunteer your time for fundraising or donations, we would be delighted to hear from you

Holly: Do you have any advice for anyone who wants to set up their own charity?

Stephen: Definitely do it. But first, do your research to see if the need is there, and talk to people who already run charities so you can find out what it’s like and avoid any potential pitfalls.

Personally, I have found it one of the most rewarding things I have ever done!

Stephen Watterson, Chairperson of Support4CO, was interviewed by Holly Jackson of QUAY Magazine