As early as Victorian England, Torbay has long been known for its appeal as a Summer holiday destination. In fact, when the Great Western Railway was built, local business focused primarily on winter tourism.

The warm microclimate and fresh sea air appealed to Victorian ideas about health and wellbeing, and many of the visitors to Torbay during the 19th century visited to improve their health.

The fresh sea air of the Bay provided an appealing getaway destination for those living among the city smog, and those who were elderly or struggling with health conditions were drawn to its sheltered coastline. During the early twentieth century, a campaign to emphasise health and wellness, or ‘Salus et Felicitas’ (Health and Happiness) aimed to entice young families down on their Summer Holidays, and the tourist season was changed to centre around the summer months.

It’s a surprise to find a ski slope buried on the outer edges of the town, surrounded by trees so dense you might be forgiven for thinking you were somewhere in the Alps. But given the town’s historical associations with health, fitness and winter tourism, perhaps it is appropriate for it to be home to one of the only three dry slopes in Devon.

Torquay Alpine Ski Club hosts 6 instructors, who take groups of various ages and abilities. There are a range of Winter Sports on offer, from the most established sport of skiing, to younger, growing and dynamic sports, such as snowboarding and Ringos (similar to sledding but using a rubber dinghy), which is especially popular with local schools and team-building workshops for businesses.

And new snow sports are being created every year.

Chris Norton, registered Ski and snowboard instructor at Torquay Alpine Ski Club, is currently expanding his teaching of winter sports into the development of a brand new sport. As the UK partner and distributor for the Norwegian company Sled Dogs he has been promoting the youngest Winter Sport in England – Snowskating.

Snowskating, as the name may suggest, is a cross-breed of ice skating and skiing. Sled Dogs have created an all-in-one snow boot with a small section of ski attached to the base, enabling the wearer to effectively skate on snow, with greater freedom of movement and adaptability than with a traditional ski.

The Sled Dogs boots have been tried and tested in a number of activities and have proved popular with skiiers and snowboarders alike, but also with ice hockey players and inline skaters, among others.

In an interview, Chris gave us an insight into the growing world of snow sports and its future in the UK. 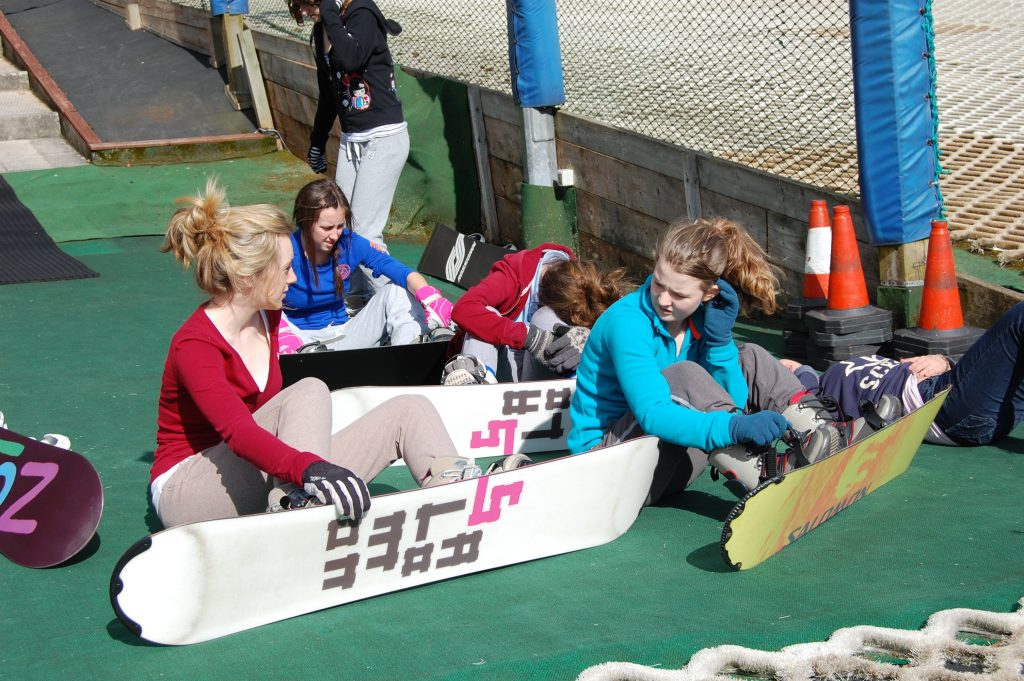 Hi Chris, thanks for speaking to us. It’s pretty unusual to find a ski slope in Devon; the UK isn’t known for being a top ski destination!
How did you begin learning Winter Sports and when did you realise that this was something you wanted to take further?

Actually, I learned to ski when I was just a kid at school. The school offered an annual ski trip and I went along with my best friend at the time. We were only thirteen I think at the time, but a coach-load of us all went and had a great time. I got the bug and kept going back every year. I remember the first time, however, as we did have a lesson before we went and that was on Torquay dry slope.

Do you think Torquay receives enough recognition for its sports facilities? What opportunities can you see for the improvement of sports provision locally?

Apart from the ski slope, I must admit I don’t have a clue about the other facilities on offer in the Bay.

As for the slope, our biggest problem is lack of awareness – so many people that come and ski there have lived in the area all their lives and don’t even know that it exists. It would be great to have more people come along and use the slope, because it’s such a wonderful facility to have on your doorstep. Our slope is perhaps the best kept outdoor slope in the country, and it’s actually the oldest surviving outdoor artificial slope in the world. We just need more people to realise it’s there and to come and use it!

What can you foresee for the future of Winter Sports in Torquay? Do you believe improved sports participation would be an advantage to local businesses and communities?

I think that the slope is hugely under-used. I really think that local businesses should support TASC and perhaps use the experience for such things as team-building, and perhaps even take out corporate memberships for staff. The Japanese are great believers in fit and healthy staff being more productive workers, and I think there’s a lot of truth in that.

Why not offer the option of ski club membership instead of boring old Gym membership? 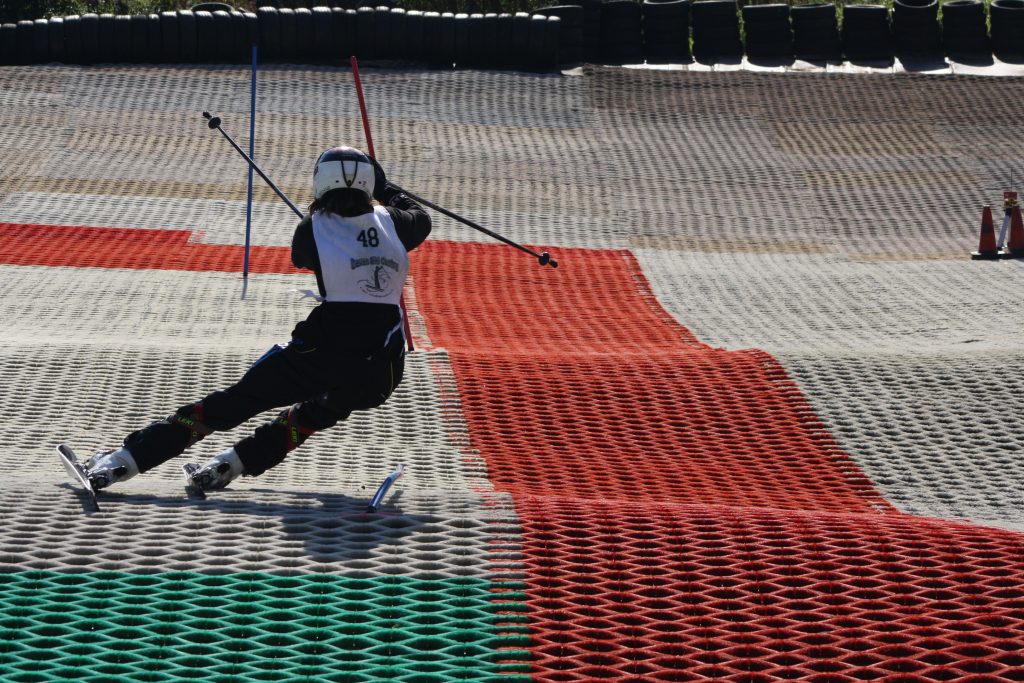 How did you begin working with the Norwegian Company Sled Dogs? What was it about Snowskating that drew your attention?

It was a bit of a chance encounter. I am part owner of a radical new ski wax company, DynamicWax (formerly Easy Wax), which is completely ecologically friendly, and uses high-tech nanotechnology to make ski lubricants that enable skis to run better.

Sled Dogs heard about us and contacted us because traditional ski waxes don’t work well on snowskates. We joined them in Milton Keynes snowdome for a weekend of testing and, at the same time, I took part in their first ever instructor training programme and became one of only a select group of qualified snowskates instructors.

Since then, I have worked with them spreading the word and teaching people in France, Germany, Austria, and notably in Korea, at the anniversary of the Olympic games, where we managed to teach 500 people how to snowskate in just a single weekend!

Where are you hoping the sport will go in the next five years? Will we be watching Snowskating on BBC Sport one day?

It’s nice to think that it will take off in a big way, but anything new always encounters resistance, and I think snowskating is more of a slow-growing movement, rather than a mass snowsports transformation.

I think one of the most important aspects is that it really opens the door to making snowsports more accessible to people because of the incredibly short learning time.

For example, I can teach people to snowskate effectively in just 30 minutes. To reach the same level of ability on skis would take 6 hours or more, and to reach the same standards on a snowboard would take at least 10 hours. Other manufacturers are just now bringing out similar products, which kind of proves the concept and the growing popularity.

As for watching snowskating on the TV? I sincerely hope so, because the current race series run by Sled Dogs is quite exciting and also good fun. It’s affiliated with Red Bull’s Crashed Ice race series, and follows a similar format.

It would be great to watch top athletes competing.