Usually, one of the first questions we’re asked when we meet new clients is,
‘How did you two get started in drones?’

Well, back in 2016, I was asked to do a talk at the Plymouth Apple Store about the use of drones in the broadcast industry, and to chat about my 30 years of experience as a cameraman working on documentaries, TV news, features, and aerial shoots.

On the same night, Jim Bishop, whose background was in the construction industry, had also been asked to talk separately about how FPV drones were revolutionising commercial industries, such as inspection and surveying, 3D volumetric mapping, and documenting construction and progress.

This was the first time that Jim and I had ever set eyes on each other. We decided, pretty much instantly, that we should join forces and deliver our ‘Drones in Industry’ speech together. It went down a storm, with a totally unrehearsed delivery that was natural, jovial, and informative. Apple loved it, and asked us to do more for them. The rest, as they say, is history.

The word ‘Drone’ is actually a military word for a remotely operated aerial vehicle used for target practice by ground to air naval gunners before WWII, and it comes from the monotonous buzzing sound made by a male worker bee. Later, these unmanned aerial vehicles were developed for many uses, including as a bomb delivery system that was piloted from a safe distance by skilled remote operators.

The actual name for the aircraft that we use to film and gather data with is, ‘UAV’ or ‘RPAS’; UAV meaning ‘Unmanned Aerial Vehicle’, and RPAS meaning ‘Remotely Piloted Aircraft System’.

The developments in UAV technology over the past few years have been monumental to say the least, and keeping up with the speed of change is pretty much a full-time job in itself. This aspect of Red Air Drones’ workload is taken care of mostly by Jim.

Jim is the ‘Techy Geek’ and loves the nitty-gritty of dissecting every aspect of how the UAV can do what it does, and how we can make it do more. My area is picture gathering; I like to know that when I am filming, the camera will give me what I ask it for.  How it works is not high on my agenda…. I just need to know that it does the job it is designed to do.

I had been involved with radio-controlled aircraft for many years as a hobby before UAVs came along, often wondering how I could stick a camera on one and get pictures that were usable in a broadcast arena.

Up until this point I had also spent many hours filming from helicopters (both commercial and military), so when the first UAVs appeared on the market using small Go-Pro cameras, it was a no-brainer for me to get myself equipped.

Jim’s story was remarkably similar, having seen the advantages of this new and wonderous technology from working in the construction and development industries. Together, Jim and I have created a fully integrated media company which uses the new areas of ground and aerial photography to produce shot angles which were previously unobtainable, even with helicopters, to offer our clients a totally revitalised approach to filming.

We have been working with major productions, such as DIY SOS, ITV, ITN, the BBC coverage of Hampton Court Flower Show and Chelsea Flower Show, and also with big property development companies, such as Plymouth Community Homes, while Mi-Space have in turn benefitted from our structural survey imagery.

Small businesses too can now take advantage of high-resolution aerial footage and photography for their promotional output and social media content… without having to pay the astronomical fees of hiring a helicopter!

Becoming an aerial media company needs a lot of preparation and thought before you can jump into it. Firstly, there is the very obvious question that you have to ask yourself, and give yourself a brutally honest answer to.

Are you good enough at taking video footage and photographic stills to make a career of it?

This is the basic root of any media company.

If your image gathering is not professional enough to be edited into an advertising, televisual, or commercial package, then you will not get paid. Secondly, aerial image companies in the UK must be registered with the Civil Aviation Authority (CAA), and hold a PfCO (Permission for Commercial Operations) certificate to be able to use UK airspace for any profitable or ‘good will’ gain. 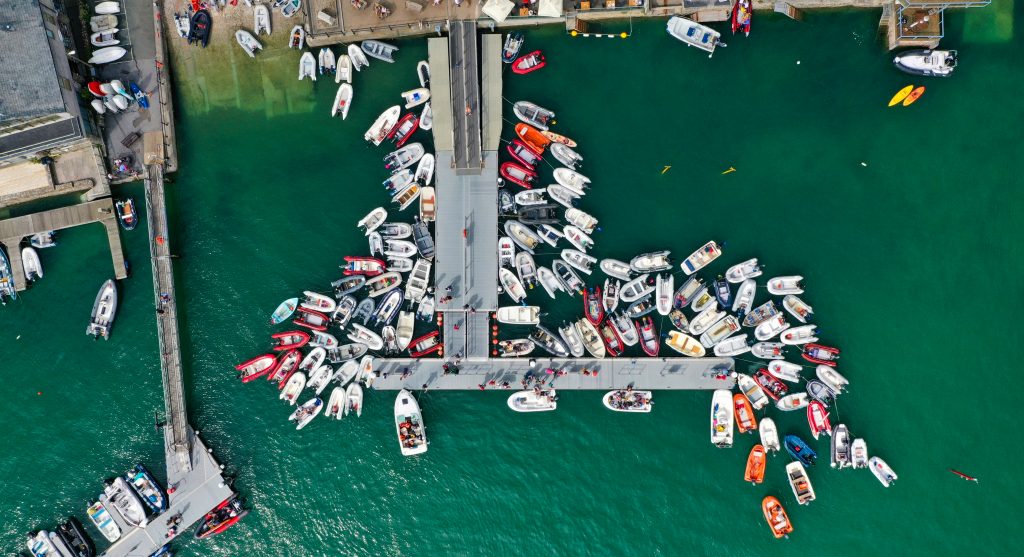 This also requires you to hold company insurance, third party, and employer’s liability cover, for between £2M and £10M. A company Operations Manual, outlining how your business will operate safely in the same way as any commercial Airline Company, must be submitted to the CAA before you are eligible for a PfCO. All of this requires annual updates and submissions of Pilot Logs and Flying Hours to the CAA.

It is illegal to fly a UAV anywhere in UK airspace if permissions have not been granted by the owners of the property that you are using as a ‘take-off and land area’. Also, all UAVs over 250 grams must have a registration number from the CAA, and this registration number must be displayed on the aircraft.

The CAA have now handed over the powers of prosecution for anyone operating UAVs without the above, to the Police, with fines of up to £2000 being risked, along with potential imprisonment, if the UAV you are piloting is involved in the personal harm of a third party.

That said, running an aerial media company is an amazing experience which is evolving daily. Meeting clients, old and new, you will be a part of their future success, and your own continuing development.

We are now moving forwards into the fast-developing areas of using thermal imaging on carbon zero developments, and to measure crop health in the agricultural industry. We’re also using point cloud 3D imaging for mining volumetric measurements, and for property estate mapping. Keeping pace with this amazing technology is hard work, but that’s what makes it so rewarding. 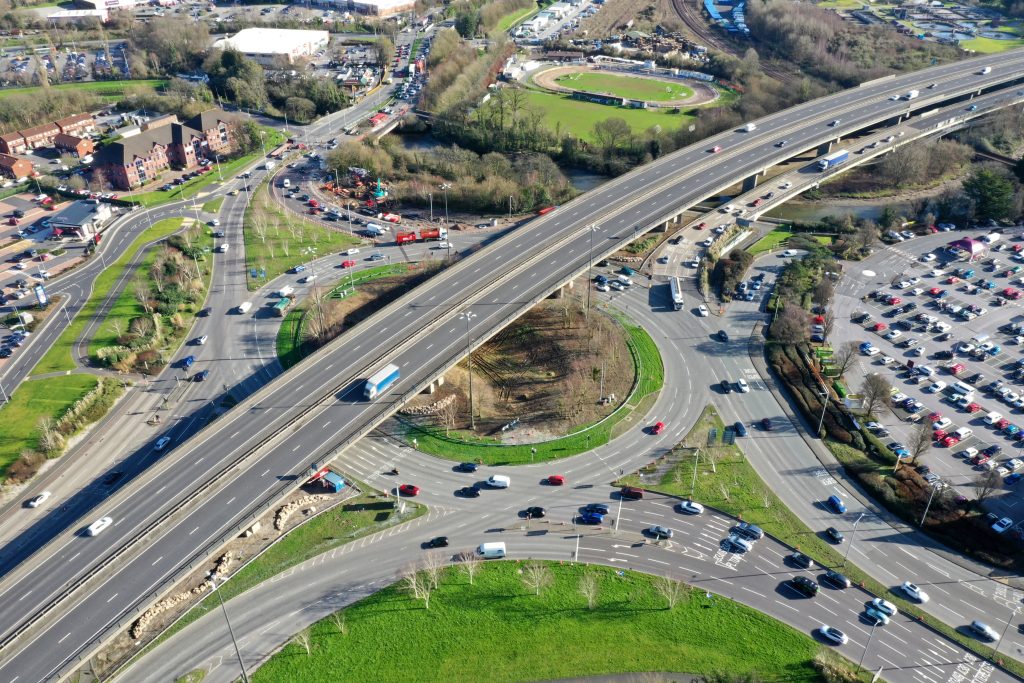 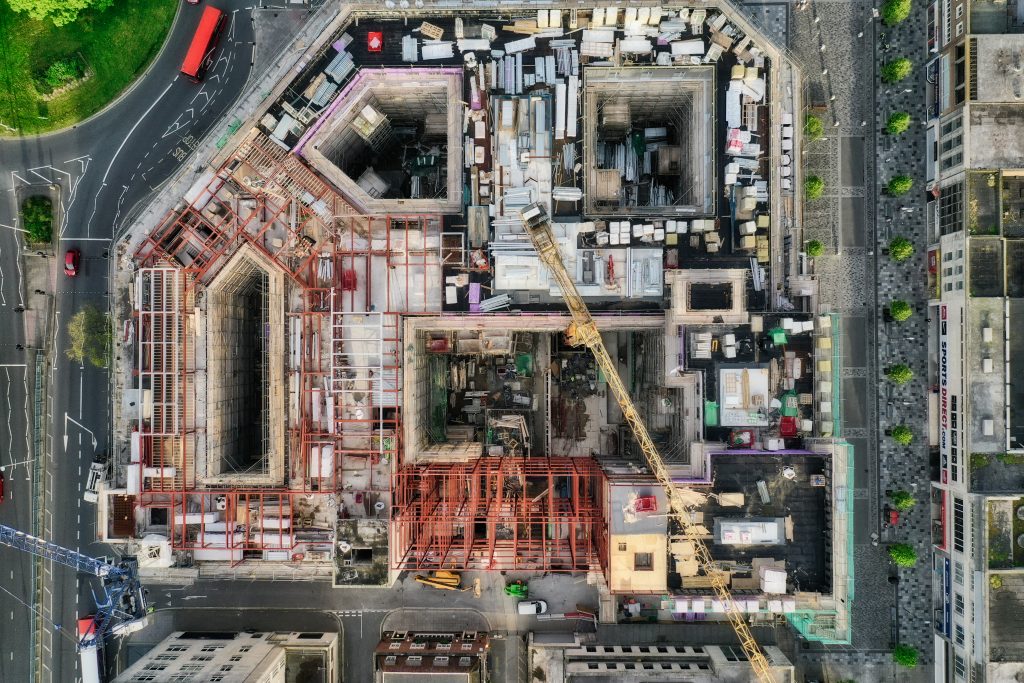 So, in many, many ways, the sky’s the limit!